Autism or Autism Spectrum Disorder (ASD) is a neurodevelopmental disorder that can impacts a person’s communication skills, social interaction, and behaviour.

Autism is known as a “spectrum” disorder because there is wide variation in the type and severity of symptoms people experience.  Autism occurs in all racial, ethnic and socioeconomic groups.

Sensory issues are extremely common. People with autism may be hyper or hypo-sensitive to sights, sounds, smells, touch and/or taste. For example: loud noises, bright lights, scratchy clothes or certain textures can be extremely uncomfortable.

Autism Prevalence – In Canada, 1 in 66 children are diagnosed with autism.

While experts still disagree on the causes, improved monitoring and reporting has uncovered a steady increase in rates over the past few decades.

While scientists don’t know the exact causes of ASD, research suggests that genes can act together with influences from the environment to affect development in ways that lead to ASD.  There is ongoing research being done worldwide to understand how genes and exposure to things in the environment can increase the risk that a child will have ASD. However, it’s important to keep in mind that increased risk is not the same as cause.

It is important to know that vaccines do not cause autism. No links have been found connecting vaccines with a higher risk of developing ASD.

Fortunately, it is evident that through early intervention and support, people with autism can increase their ability to communicate and interact with their community and surroundings.  Autism can sometimes be diagnosed in children before they are 2 years old.  Early intervention can have a positive impact on overall development.  Click here for or more information on early signs and early communication.

The video below helps to explain how the people with Autism think differently:

Learn developmental strategies that can empower! We attract the latest in research and science to Edmonton. Children’s Autism Services of Edmonton hosts an annual conference that has become the largest of its kind in western Canada. 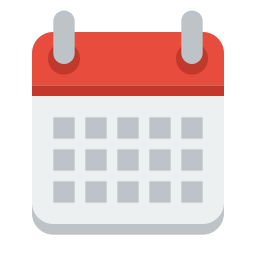 Explore the latest research, videos, and educational tools. Subscribe to our newsletter to stay connected to our organization and the latest autism news.